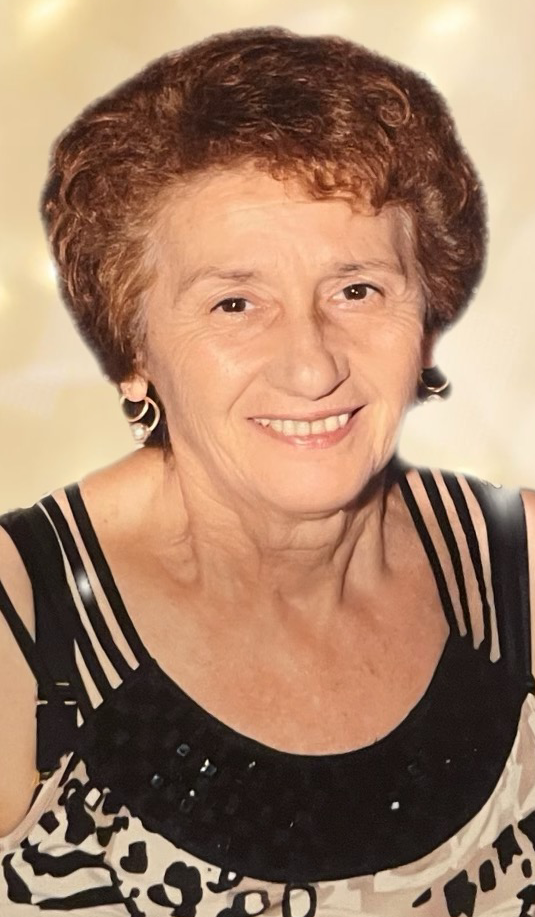 Please share a memory of Josephine to include in a keepsake book for family and friends.
View Tribute Book

Iannelli, Josephine (nee DeFeo), age 83 of Wayne at rest on January 25th. Beloved wife of the late Mario Iannelli (1992). Loving mother of Salvatore Iannelli and his wife Jennifer of Gilbert, AZ, Mary Anne Mancini and her husband John of Pompton Lakes, and Mario Iannelli Jr. and his wife Michele of Wayne. Adoring grandmother of Jessica Iannelli of Wayne, Mario A. Iannelli of Wayne, Danielle D. Iannelli of Wayne, Ryan Iannelli and his wife Sara of West Caldwell, Sean Iannelli and his fiancée Angela of Old Bridge, Kristin Ciaston and her husband Anthony of Denville, John Mancini and his wife Melanie of Pompton Lakes, Racquel Mancini of Pompton Lakes, Mattison McAlmond, Alexis McAlmond, Ryan Sollars of Utah, and Austin Sollars of Utah. Doting great-grandmother of Giancarlo Mancini, Issac Ciaston, and Giannella Mancini. Dear daughter of the late Frank and the late Anna (nee Mariconda) DeFeo. Loving sister of the late Joseph DeFeo. Also surviving is her sister in-law Barbara DeFeo. Born in Rivottoli-Serino, Italy she lived in Italy until 1954 before immigrating to the United States. Upon her arrival she lived in Paterson, Totowa, then Wayne. She was a Homemaker. Relatives and friends are invited to attend a funeral service at the Festa Memorial Funeral Home, 111 Union Blvd., Totowa, on Saturday at 10:30 AM. Entombment to follow at Calvary Cemetery Mausoleum, Paterson. Friends may visit Saturday from 8:30 AM - 10:30 AM. In lieu of flowers, donations in her memory to the Alzheimer's Association would be appreciated.

To send flowers to the family or plant a tree in memory of Josephine Iannelli, please visit Tribute Store
Saturday
28
January

Share Your Memory of
Josephine
Upload Your Memory View All Memories
Be the first to upload a memory!
Share A Memory
Send Flowers
Plant a Tree