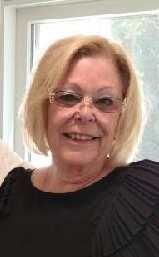 Please share a memory of Terry to include in a keepsake book for family and friends.
View Tribute Book
Smolinsky, Terry M. "Nauni" (nee Santo), age 71 of Bloomingdale at rest in Pequannock on October 14, 2022. Born in Paterson and raised in Paterson she graduated Kennedy High School in 1968. She first went to work at First National Bank in Totowa and later moved to Ford Motor Credit through which she met her husband. They moved to Bloomingdale where she became active in the school gymnastic program and also became the Director of the Bloomingdale Youth Organization cheerleading program. She also started her craft business which she operated for many years and then worked in the Kinnelon school system before retiring. Her main job however was being the rock of her family with her strength and bountiful love. Within her family and friends, she was well known for her baking skills and would always ensure there was plenty offered at any event. She is predeceased by her father Anthony P. Santo and mother Florence Santo. She is survived by her husband Robert, her two children, Mark Smolinsky, his wife Stephanie, Robyn Hudson, three Grandchildren, Gabriella Lenahan, Sophia and Landon Smolinsky, her brother Joseph Santo, his wife Francis Ann, and her nieces and nephews. Relatives and friends are invited to attend the funeral services at the Festa Memorial Funeral Home, 111 Union Blvd, Totowa, on Wednesday at 11:00 AM. Entombment to follow at Laurel Grove Mausoleum, Totowa. Friends may visit Tuesday 4:00 - 8:00 PM.
To send flowers to the family or plant a tree in memory of Terry Smolinsky, please visit Tribute Store
Tuesday
18
October

Share Your Memory of
Terry
Upload Your Memory View All Memories
Be the first to upload a memory!
Share A Memory
Send Flowers
Plant a Tree