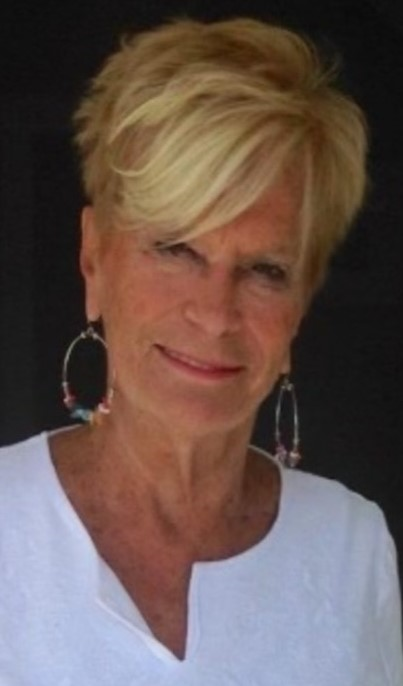 Please share a memory of Dena to include in a keepsake book for family and friends.
View Tribute Book

Gawley, Dena née Smith, beloved daughter, wife, mother, grandmother, age 84, passed away after an extended illness (leukemia and COVID-19) on April 2, 2022. Born May 18, 1937, in Paterson, New Jersey, to William Smith and Ann Smith (Lamping). Dena's father was an émigré from Holland, and her mother was the daughter of German immigrants.

Dena grew up in Paterson and Fairlawn. With her husband, she lived and followed him in his career, which took them to Clifton, Rochester, NY, Newark, Philadelphia, PA, and Boston, MA. In 2001, Charlie and Dena retired to Wall. After Charlie's passing in 2014, Dena moved to Pequannock and met John Koker Sr. of Closter. They were married at St. Gerard Majella Catholic Church in Paterson on July 8, 2017, and moved to Closter. John passed away on December 12, 2019, and Dena moved in with her son Christopher's family soon thereafter.

Dena was an excellent homemaker, mother, and wife. Dena was also someone who proved that there are second acts: after raising her children, in her fifties, she attended Quincy College and obtained her Associate's degree. She worked in a variety of fields, including retail, administrative, and finally, as an insurance agent. In her seventies, she was confirmed in the Roman Catholic Church with her sister-in-law, Michelle Smith, serving as her sponsor. Dena was someone who appreciated fashion and artwork. She was an avid artist most of her life and took great pride in decorating her home in various styles that were "all the go." Even well into her eighties, she painted and drew.

Well known to her family for her various and unusual colloquialisms and cliches, Dena enjoyed time spent during the holidays with her family with food and sundries that she prepared with love and care. From her parents to her brothers, from her husband to her children and grandchildren, Dena was very proud of her family and would often tell whoever was listening of their various qualities to say nothing of her love of the Garden State. In addition to all of this, Dena was a competitive bridge player later in life and enjoyed a lifelong hobby of card playing.

Dena lived a rich life surrounded by family and friends wherever she lived – she was always appreciated for her vivacious personality and New Jersey moxie.

Preceded in death by her parents, daughter, and brothers, William Smith and Roger Smith. Survived by her children, grandchildren, and brothers, Robert Smith and James Smith, and her sister-in-law Mary Brady (Bill) (Gainesville, GA).

There will be an open visitation at the Festa Memorial Funeral Home, 111 Union Blvd., Totowa, New Jersey, from 5-9 PM on Friday, April 8, 2022. Eulogies will be offered at 7:30 PM, followed by a family rosary thereafter. All are also welcome to attend the funeral starting from Festa on Saturday, April 9, 2022, at 8:45 AM. A Mass of Christian burial will be held at Sacred Heart R.C. Church, 145 Randolph Ave, Clifton, at 9:30 AM on Saturday, April 9, 2022. Entombment following at Holy Sepulchre Cemetery & Mausoleum, Totowa.

In lieu of flowers, donations may be sent to The T.J. Martell Foundation, a New York not-for-profit corporation focused on early-stage cancer research, in memory of Dena Gawley. Please use the following link:  https://donate.tjmartell.org/InMemoryofDenaGawley.

To send flowers to the family or plant a tree in memory of Dena Gawley, please visit Tribute Store
Friday
8
April

Share Your Memory of
Dena
Upload Your Memory View All Memories
Be the first to upload a memory!
Share A Memory
Send Flowers
Plant a Tree