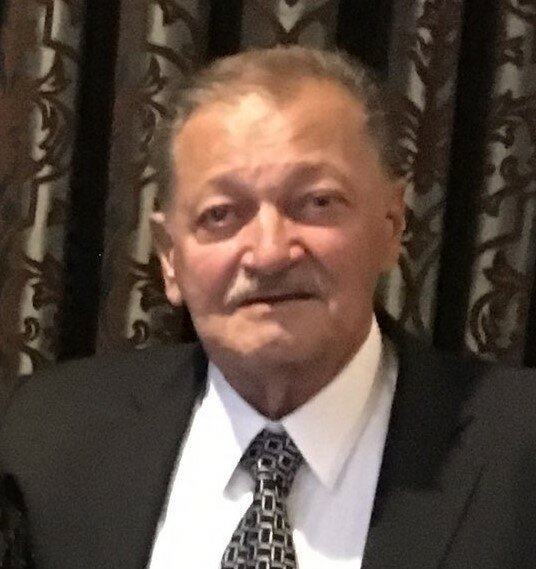 Please share a memory of Frank to include in a keepsake book for family and friends.
View Tribute Book

Russo, Frank age 76 of Paterson at rest in Wayne on January 11, 2022. Beloved husband of Judith (nee Rajeski) Russo. Loving father of Jennifer Russo, Paula Hein and her husband Ron, and Frank Russo and his wife Beth. Grandfather of Joe Greaney, Gabriel Hein, Veronica Hein, Stephen Hein, Cecelia Hein, Josephine Russo and Frankie Russo. Brother of Concetta "Tina" Gartiser and her late husband Frank, Carmen Russo and his wife Dawn and Mary Aumais and her husband Dominique. Uncle of Terri Nitti and her husband Joe, Kathy Gartiser, Liz Gartiser, Brian Russo, Amy Shepard and her husband Chris, Marc Galarneau and the late Christopher Russo and the late Matthew Russo. Grand-uncle of Michael, Christopher, Nicole, Isabel, Marc, Paris and Steven.  Born in Paterson, he lived most of his life in Paterson. He was a Machinist for Diversitech, Riverdale, for many years before retiring. He was an  Army Veteran and a member of the Preakness Bible Church, Wayne. Cremation is private at the request of the family.  A celebration of Frank's life is being planned by his family on Saturday August 6, 2022 in NJ, details will follow.  Frank was a longtime supporter of The Wounded Warrior Project and The Paralized Veterans of America, if you would like to make a donation in his memory in lieu of flowers it would be greatly appreciated.  The family also asks that you spread awareness around about elder fraud.  Festa Memorial Funeral Home, 111 Union Blvd., Totowa is in charge of arrangements.

To send flowers to the family or plant a tree in memory of Frank Russo, please visit Tribute Store

Share Your Memory of
Frank
Upload Your Memory View All Memories
Be the first to upload a memory!
Share A Memory
Send Flowers
Plant a Tree