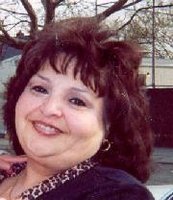 Cofrancesco, Donna M. of Paterson at rest in Paterson after a long illness on July 5, 2004. Beloved daughter of the late Peter and Florence (nee Del Mastro) Cofrancesco. Dear Sister of Michele Ryan and her husband, John, and the late Peter J. Cofrancesco and his wife, Margaret. Loving aunt of Peter J. III, Jason, and Jarrod Cofrancesco, and Daria Koester. Great aunt of Ireland and Peter J. Cofrancesco IV. Godmother of Dana Altshuler. Also survived by Ronald Altshuler and many other cousins. Relatives and friends are invited to attend the funeral from the Festa Memorial Funeral Home, 111 Union Blvd, Totowa, on Friday at 9:15 AM. Funeral Mass to follow at St. Johns Cathedral, Paterson at 10:00 AM. Interment at Holy Sepulchre Cemetery, Totowa. Friends may call Thursday from 2:00 to 9:00 PM. In lieu of flowers, donations to the Cathedral of St. John the Baptist 310 Grand Street, Paterson, NJ attn: Msgr. Mark Giordani would be appreciated. For more information, go to www.festamemorial.com OBITUARY Donna M. Cofrancesco age 54 of Paterson died Monday after a long illness. Born in Paterson, NJ she lived lifelong in Paterson. She was a Teacher for the West Paterson Public School System working as a kindergarten teacher for the Charles Olbon School from 1970 to 1976. She then worked as a 5th Grade teacher for Memorial School from 1976 to 1989 and then was a Computer Lab teacher for Memorial School from 1989 to 2004. Miss Confrancesco received her BA from Felician College, and her MA from Fairleigh Dickinson University. She received her Principals Certification from Jersey City State University. In 1995 she was the recipient of the Governors Teacher Recognition Award and in 1995 also received the Memorial School Teacher of the Year Award. She was a parishioner of St. Johns Cathedral, Paterson. Preceeding her in death were her parents: Peter and Florence (nee Del Mastro) Cofrancesco And her brother: Peter Cofrancesco Survivors include: A sister: Michele Ryan of Paterson, NJ Also survived by 3 nephews, a niece, a great niece and a great nephew, a godson, a sister in law and a brother in law and many cousins. Festa Memorial Funeral Home, 111 Union Blvd, Totowa is in charge of arrangements.